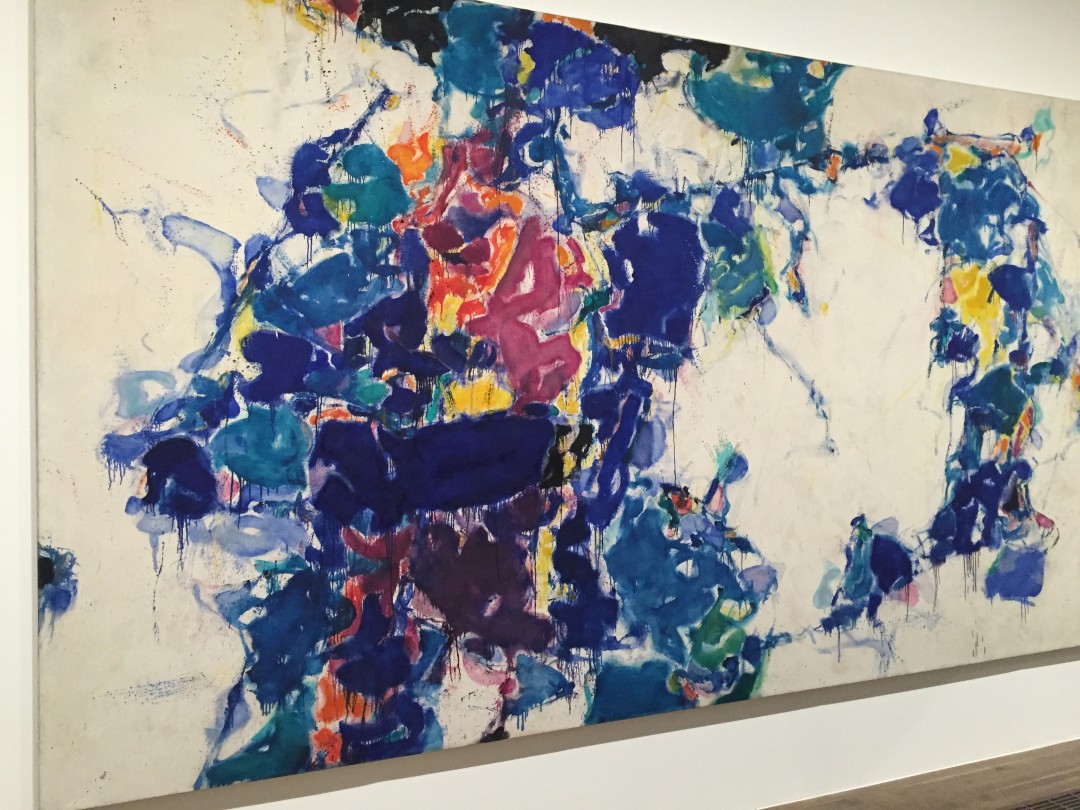 I went to London last weekend! It was a (very) brief trip, and because I was visiting family I didn’t do much sightseeing but I did manage to see the Tate Modern’s permanent exhibit!

I had learned about the Tate at uni: what it represents for the area it was built in, how it is linked to the City by the Millenium bridge, one of the weirdest bridges I have ever seen (and destroyed by the Death Eaters in Harry Potter and the Half-Blood Prince!), the massive spider statue that used to be near the main entrance (click if you dare to look, but don’t if you’re scared of spiders like me) and many other things that I have unfortunately forgotten. I also learned that there is no entrance fee which goes with the idea of making modern art and art in general more accessible.

Despite knowing all of this, I had never been to the Tate, so when I had the opportunity to, I made the most of it.

I liked the museum itself: busy and bustling but not crowded and with plenty of big open spaces to move around in. I was surprised they didn’t use the ceiling space because there were some nice rafters they could have hung some artwork from.

There are several levels (5, if I remember correctly) and I was a little dismayed that only three of them were dedicated to the art and the rest were taken up by restaurants and museum shops. But my brother Greg (who came with me to the museum) reminded me that the museum is free so I decided not to complain. Besides, I quite enjoyed browsing the shops once I had seen the exhibits: there were a few fun finds and lots and lots of books.

There is a lovely balcony at the top floor with a wonderful view of the Thames. It was all very grey (it was a rainy day, for a change) but I still enjoyed it. I counted 28 cranes in total on the horizon! 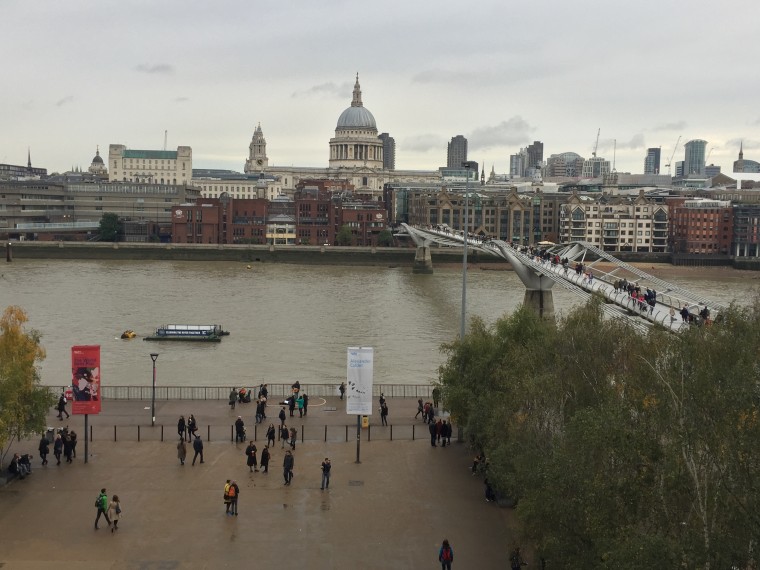 The art at the Tate Modern

It’s all in there in the name: the Tate is a modern art museum. So there was a lot of abstract stuff. I liked about 15% of what I saw, but I’m not sure that the point of the art was to be likeable. The thing is, I’m not sure what it was supposed to be/do/create.

The photos in this article were taken by my brother and he mostly photographed what he liked (I think) so the pieces we really didn’t understand are not shown. Some paintings were just plain strange and I personally did not connect with them in any way, unless you include feeling bewildered. 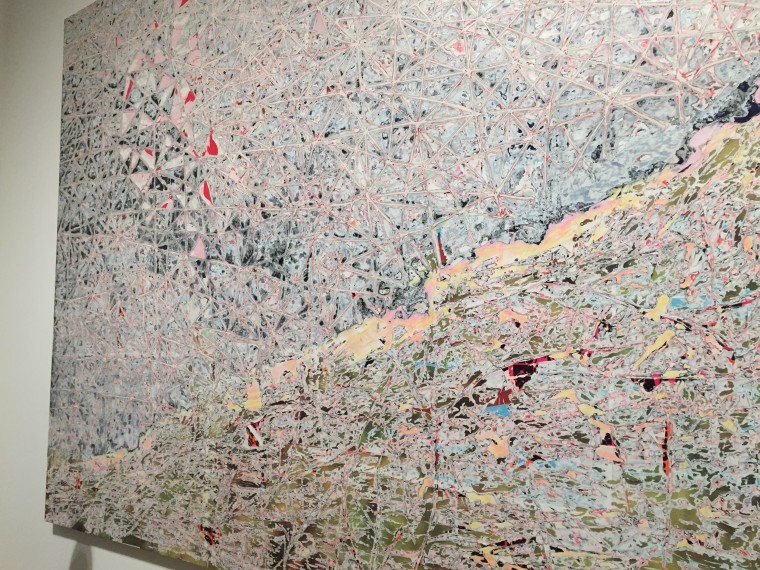 I liked the painting pictured above and I think it’s probably the one I understood the best: it is made of layers and layers of different coloured papers. From afar I thought it had been made by pouring water and ink on the canvas and then blowing on the ink with a straw to make the intricate patterns. The diagonal line reminded me of the Seine River in Paris, and so I imagined that the rest was a city scene. I wasn’t far off: the artist (can’t remember his name) had wanted to portray a city that is divided by a huge road that separates different social classes and communities from one another. 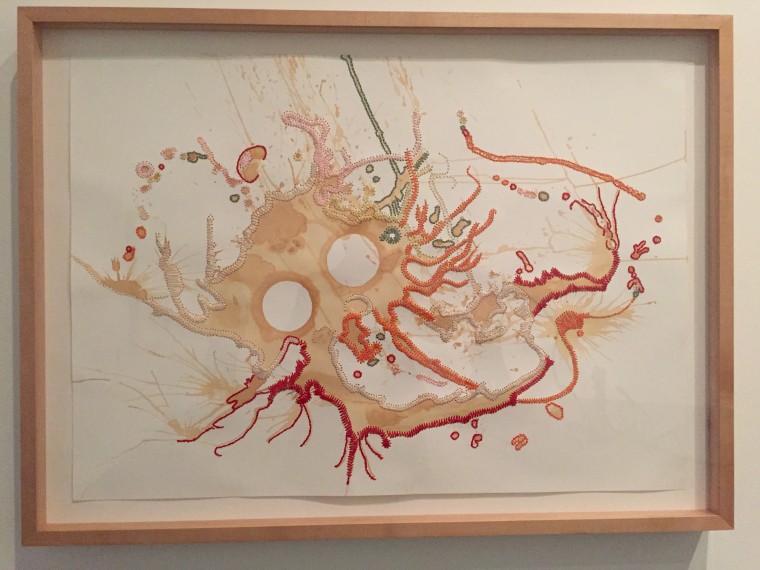 I also liked the above piece for the materials used, as well as the textures and colours.

There were some paintings that I not only didn’t understand but that I really didn’t like. That had to happen, of course, but I normally find more things that I like when I go to an art gallery.

For example, there was a plain bathroom mirror hanging on a wall. I tried to be open minded but couldn’t help but feel that very little effort had been put into it. I could have thought of that if one of my professors at uni had asked our class to create something to reflect on physical appearances. I probably would have dismissed the idea too, thinking it too simple. Now I know art doesn’t have to be complicated, but this one just felt careless. I understood that it was supposed to make you think about how you see yourself, how others see you and what kind of messages you are sending with your physical appearance as well as the fact that we are all unique creations… But still. It was just too simple in my opinion.

However, as I walked away (without even looking at the mirror), I turned back to find my brother and incidentally saw how people were interacting with the mirror. Two Asian tourists were taking a selfie with it (as if they were in their own bathroom) and I heard two French girls saying to each other that they didn’t need to look at the mirror because they “knew what they looked like”. So maybe what made that piece interesting was how the visitors interacted with it as a piece of art and not just a mirror in the privacy of their own home.

The pieces I found the most interesting were the ones that used different materials instead of just plain paint: trees carved out of heavy wood blocks and abstract forms sewed with embroidery thread. 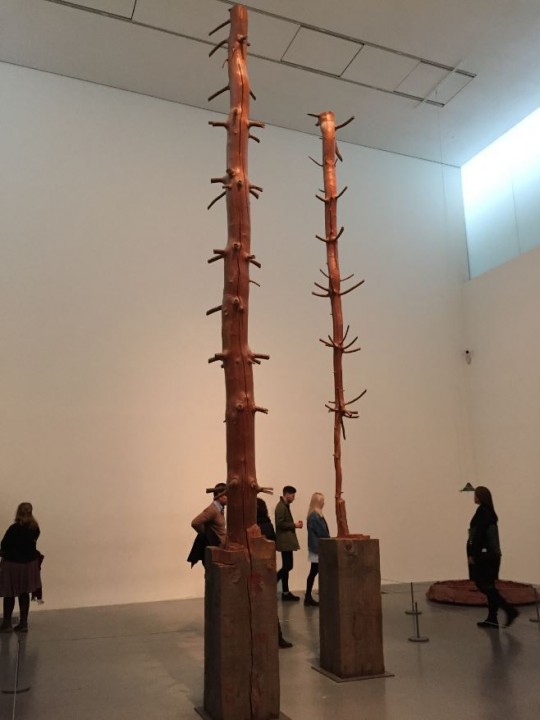 I did not recognize anything except one Roy Lichtenstein painting and the very famous Marilyn piece by Andy Warhol: 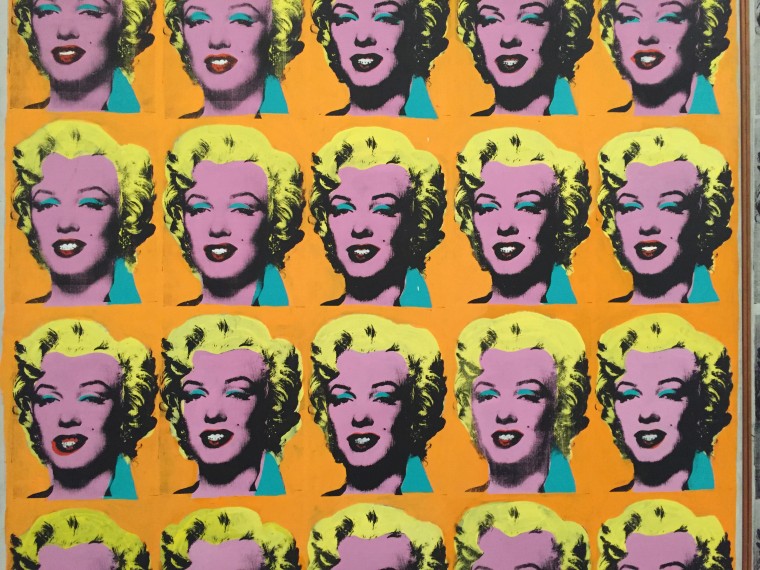 We discussed it afterwards and agreed that there was a lot of “hit and miss” at the Tate Modern, and mostly miss if we’re being honest. I did not get the Mark Rothko panels AT ALL, and there was a room full of squiggly red lines – I can’t explain it any other way – that I walked straight through. Maybe I missed out on something, maybe my education in modern art is lacking or I wasn’t in the right mindset. I really don’t know, but it did make me think about how we appreciate art nowadays.

I keep on trying to enjoy modern art but to be honest I haven’t really found anything I truly like yet. But I suppose the point of art is also to help you leave your comfort zone to a certain extent, so just the fact that I tried is a step forward.

Ps: Thank you Greg for driving me around London, sending me your photos for this article and for making me laugh at the weird art! 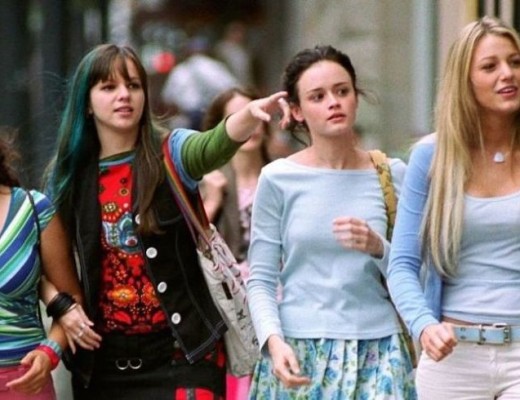 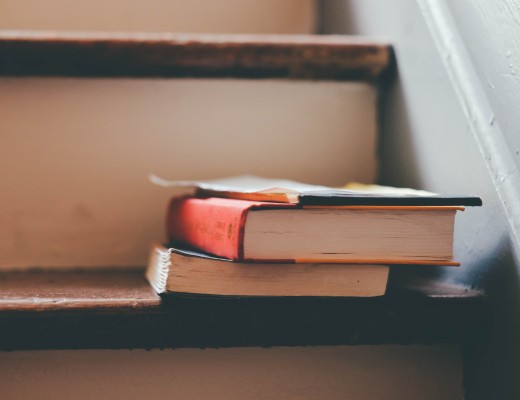 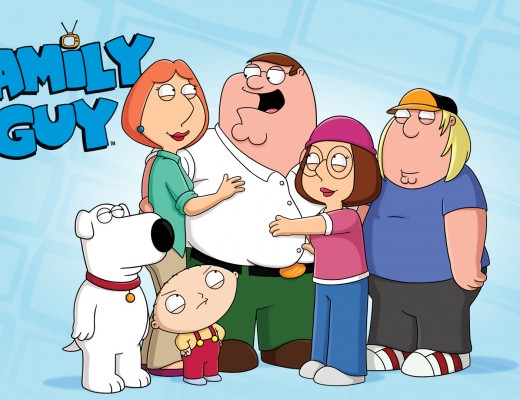